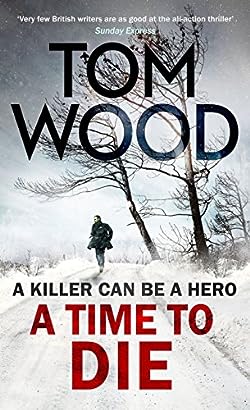 Book 6 in the Victor the Assassin series

If the assassin known only as Victor once had a moral compass, it is long since buried, along with his many victims. Yet some men are so evil even Victor accepts they must die for reasons other than just money.

One such is Milan Rados, a former commander in the Serbian army who has escaped trial at The Hague to become a formidable criminal power. Tracking down and killing this brutal man will win Victor a reprieve for his own recent crimes on British soil.

But Victor isn’t the only one who wants Rados dead. Ana, whose family was butchered on the tyrant’s orders, will do anything to see Rados’ blood spilled on the snow of Eastern Europe. Now Victor has an unlikely ally – but an army stands between them and justice.