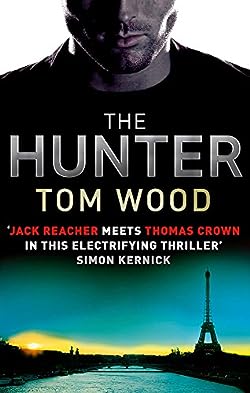 Book 1 in the Victor the Assassin series

The hunter has become the hunted.

Victor is a freelancer, a professional, a killer—the best there is. He’s ice cold, methodical, and deadly. He lives alone. He operates alone.

No one knows his background, or even his name. For him, business is a straight transaction. He’s given a job; he takes out the target; he gets paid.

He’s in Paris to perform a standard kill and collect for an anonymous client. The contract is simple, routine, and Victor completes it with trademark efficiency, only to find himself in the middle of an ambush and fighting for his life.

Faced with powerful and determined enemies, and caught in the crossfire of an international conspiracy unfolding across four continents, Victor is forced to go on the run across a winter-ravaged Europe. Pursued by the authorities, hired assassins, and intelligence agencies from both sides of the Atlantic, he discovers that no place is safe for him anymore and there is no one he can trust.

But Victor is no easy target, and he’s every bit as ruthless as those hunting him. He will find out who wants him dead and why, one corpse at a time.