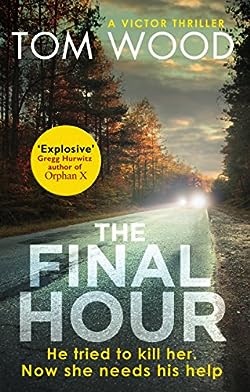 Book 7 in the Victor the Assassin series

The enigmatic assassin Victor returns in an explosive thriller from the international bestselling author of A Time to Die and The Darkest Day.

Victor is the ultimate predator. He surfaces to kill, then disappears into thin air. But he’s a disposable commodity for the powerful people he works for—both the good guys and the bad.

And no one has his back. Especially now that doing black bag jobs for the CIA has put a target on his head…

Antonio Alvarez, a high-ranking US intelligence official, is determined to clean house and find the legendary killer who slipped away from him during an operation in Paris. There’s only one person Victor can turn to for help: a lethal female assassin whose life he once saved. And now Victor wants her to return the favor—by killing him….