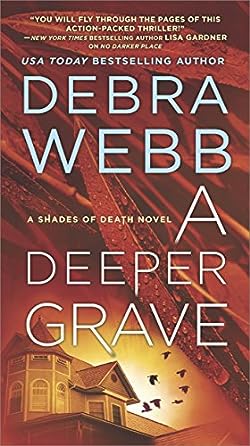 Book 2 in the Shades of Death series

When the hunter becomes the hunted…

When he rescued Montgomery detective Bobbie Gentry from horrific captivity and helped her reclaim her life, he didn’t intend to be a hero. Or a target. But now a copycat murderer haunts him, and reuniting with Bobbie is his best chance at neutralizing the threat.

Bobbie can’t forget the nightmares of her trauma—or the man who saved her. Working with Nick to outmaneuver the person behind a deadly vendetta feeds her hope that there’s more to her world than ghosts and destruction. Maybe joining Nick’s search for a killer is about gratitude. Maybe it’s nothing more than cold revenge. But the only way they can protect themselves is to trust each other.

A Deeper Grave was last modified: March 9th, 2018 by admin