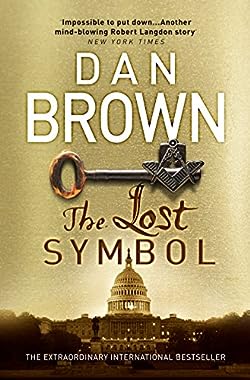 As the story opens, Harvard symbologist Robert Langdon is summoned unexpectedly to deliver an evening lecture in the U.S. Capitol Building.

Within minutes of his arrival, however, the night takes a bizarre turn. A disturbing object – artfully encoded with five symbols – is discovered in the Capitol Building. Langdon recognizes the object as an ancient invitation…one meant to usher its recipient into a long-lost world of esoteric wisdom.

When Langdon’s beloved mentor, Peter Solomon – a prominent Mason and philanthropist – is brutally kidnapped, Langdon realizes his only hope of saving Peter is to accept this mystical invitation and follow wherever it leads him. Langdon is instantly into a clandestine world of Masonic secrets, hidden history, and never-before-seen locations – all of which seem to be dragging him toward a single, inconceivable truth.

The Lost Symbol was last modified: February 13th, 2018 by admin