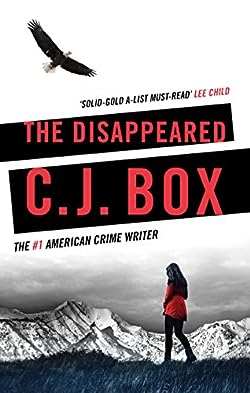 Book 18 in the Joe Pickett series

Wyoming’s new governor isn’t sure what to make of Joe Pickett, but he has a job for him that is extremely delicate. Three British executives, all women, never came home from the high-end guest ranch they were visiting, and the British Embassy is pressing hard.

Pickett knows that happens sometimes–these ranches are stocked with handsome young cowboys, and “ranch romances” aren’t uncommon. But three disappearances? That’s too many.

At the same time, with the help of his friend Nate Romanowski, he’s been called to investigate the killings of several bald and golden eagles–a serious federal crime. The more he investigates both cases, the more someone wants him to go away. Is it because of the missing woman or the dead eagles? Or are they somehow connected? The answers, when they come, will be even worse than he’d imagined.

The Disappeared was last modified: March 29th, 2018 by admin