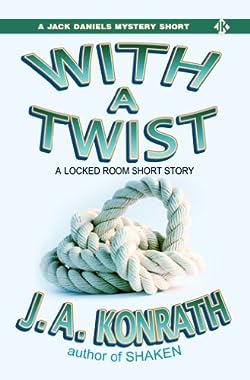 A body is found in a man’s living room, the doors all locked from the inside. The victim had apparently been dropped from a great height. How did he die? Who killed him?

Daniels and her partner, Herb Benedict, follow a trail of ingenious clues to solve this classic whodunnit. Are you clever enough to solve it first?

With a Twist was last modified: February 12th, 2018 by admin