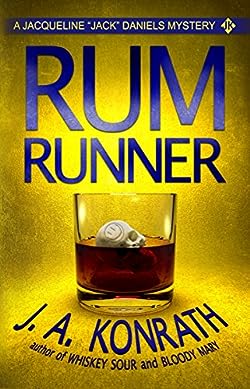 Twenty years ago, a young cop named Jacqueline “Jack” Daniels arrested one of the most sadistic killers she’d ever encountered.

She has since retired from the Chicago Police Department in order to raise her toddler daughter. But old grudges never die. They fester until the right opportunity comes along.

hile on vacation in the Wisconsin north woods, Jack learns-too late-that her old adversary is out of prison. He has revenge on his mind. And he’s bringing an army with him. Outnumbered, outgunned, and cut off from the outside world, Jack Daniels is about to learn the meaning of last stand.