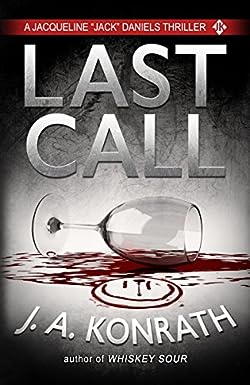 But when her daughter’s father, Phin Troutt, is kidnapped, she’s forced to strap on her gun one last time. Since being separated from his psychotic soulmate, the prolific serial killer known as Donaldson has been desperately searching for her.

Now he thinks he’s found out where his beloved, insane Lucy has been hiding. He’s going to find her, no matter how many people die in the process. All three will converge in the same place. La Juntita, Mexico. Where a bloodthirsty cartel is enslaving people and forcing them to fight to the death in insane, gladiator-style games. Join Jack and Phin, Donaldson and Lucy, and Luther, for the very last act in their twisted, perverse saga.

Along for the ride are Jack’s friends; Harry and Herb, as well as a mob enforcer named Tequila, and a covert operative named Chandler. There will be blood. And death. So much death