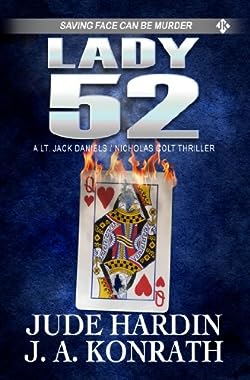 What do Lt. Jacqueline “Jack” Daniels and private investigator Nicholas Colt have in common?

And murder. Several, in fact.

A homeless woman’s remains are found near Chicago twenty-six years after she disappeared. Her daughter–now retired in Florida–suspects foul play, and she hires Colt to fly up there and check it out.

A prominent Chicago physician is slain outside a convenience store, horribly mutilated. A senseless street killing? A robbery gone wrong? Or something much worse?

As the homicide cases and those involved converge, it quickly becomes apparent that Jack Daniels and Nicholas Colt are in for the most challenging–and deadly–time of their lives.