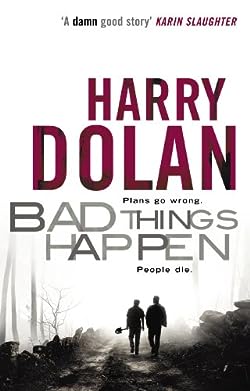 Book 1 in the David Loogan series

Dolan gets everything right in his debut, a suspense novel that breathes new life into familiar themes. The enigmatic David Loogan, who’s recently moved to Ann Arbor, Mich., has stumbled into an editing job for Gray Streets, a mystery magazine, after anonymously submitting a short story.

One night, Loogan’s boss, Tom Kristoll, asks him for help in disposing of a corpse. Loogan goes to Kristoll’s house and does so, despite his suspicions that Kristoll’s account of how the man ended up dead is incomplete at best. When Kristoll later dies in a fall from his office window, the police mark Loogan, who’s been having an affair with Kristoll’s wife, as a person of interest. Pitch-perfect prose and sophisticated characterizations drive the noirish plot, which offers plenty of unexpected twists.

Fans of Peter Abrahams and Scott Turow will find a lot to like. While the solution may strike some as a tad improbable, the talent Dolan displays suggests he has a bright future.